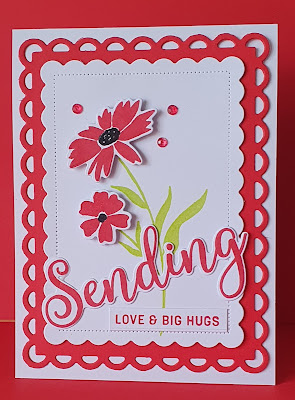 I hope that you are all well,  we had an overcast cloudy day yesterday but we didn't see any rain which was a bonus as I was in town having a day out with Becca, it was originally for her birthday but we have had to postpone it 3 times,  we had a nice walk around the town but it looks so awfully rundown,  there are so many boarded up shops,  it looks drab anyway because its all 60's grey concrete buildings, having them boarded up with posters a over and graffiti just makes it look depressing,  about 5 years ago they redid one street, had multistorey shops like TopShop/Topman, BHS, sports shops etc, but they have all gone already, one of them has one of those 'pop-up' shops selling questionable fashion and some very poor quality home decor, kind of thing you'd expect on a market,  the big name stores are all bailing out because people feel intimidated walking past the groups of homeless or teenagers doing drugs! Even M&S is closing its huge in town store and upscaling their out if town store, which is ok if you drive, not so great for the large amount of elderly in the town, M&S and Iceland as all other supermarkets have gone, they had a lovely indoor shopping centre but that too is 75% empty, M&S and Boots are the last remaining shops but not for long.  Sorry Rant Over!

Becca and I went to Pandora to get her Birthday present,  she chose a beautiful set of rings, she then wanted to go into Primark, (there was nowhere else for younger fashion ), she managed to find some nice dresses.  We found a nice little place for lunch,  they made tea with tea leaves which made a nice change. After lunch we had a slow wander back to the car, we got home around 4pm, I was exhausted but it was so lovely spending time with her as we don't se her very often.

Today's card is made with one of my new Stamp & Die sets from the new SU catalogue,  its called Sending Smiles,         I love the sentiments as well as the flowers,  I also love that the 'Sending ' has stamp and 2 layers of dies which gives so much versatility. 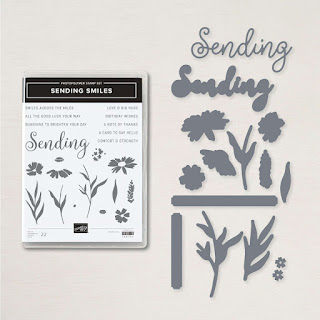 I used one of the new 'In Colours ' called Sweet Sorbet' which is a bright and cheery red. I think its a card that would brighten someone's day.