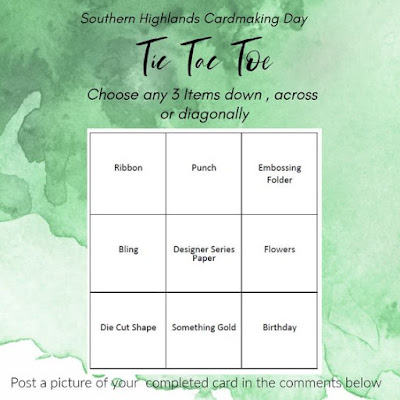 Oh thank goodness it's the end of the week, it's been a busy one, yesterday we had rain, rain and more rain, the Oxfordshire sunshine didn't make it over to Wiltshire Pat !!  It always amazes me how the weather can be so different just a short distance away.

We had another power cut yesterday, they are definitely a weekly thing now, somebody on the village group called SSE and was told that until the resolve the problem we will continue to have power cuts, but I'm not sure what the actual problem is!  It's now until you have them that you realise how much you take electricity for granted, especially when it powers your wifi !  Yesterday the power cut was at 7am so affected people getting up and ready for work, Paul had long gone by then and the girls are fairly organised so they weren't affected either, I imagine if they needed to use hair dryers, curling irons etc that would have been a whole different drama!  The only thing they had to so different was to heat the water for their coffee on the Aga.

I forgot to mention yesterday that Sue came over on Wednesday, which was a lovely distraction for me, we were both busy crafting, I couldn't help but smile as Sue puzzled over the many die cut pieces she had for her ⛄ Snowman, I think that she worked out that she had more than one set of dies cut out, we just couldn't work out what one part was meant to be, it was either stilettos or ears, neither of which are normal features of a traditional snowman, I look forward to seeing the finished piece!  I must point out Sue that the delicious Biscoff Cheesecake that you bought with you was delicious 😋, after reading the nutritional information I shared the rest of mine with Paul as that 1 slice was the best part of 600 Calories !!!  Oh it was definitely worth the calories but I just couldn't!!  Thank you for coming over and making such a difference to my week, I hope you enjoyed your Blackberries and French Beans XXX

Janet, great to read that Jim's appointment went well, Paul sends his best wishes to Jim and says that his second surgery will be worth the wait, as it makes so much difference.  I think that Paul had his surgeries about 3 weeks apart but that was at private hospital, the recovery was super quick though, I remember being really surprised. I am not surprised that you both had a nap in the afternoon, I think we have all got to get used to going out and all the stress and concern that brings, after a year or more of not leaving the house or having conversations with anyone other than your partner. Were you able to go with Jim to his hospital appointments?  I hated leaving Paul at the door of the ward, he has hours to sit and wait, it must have been awful, not that he would admit that of course!  Hopefully Jim's appointment will be sooner than you think xxx

We haven't done a TicTacToe Challenge for a while so I thought that it would be a nice change to do one this week, the good thing with a 'TTT' is they work for so many different occasions!                        I think that this one will work well for Christmas cards as well as Birthday or any other celebration as we have Gold, Bling and Ribbon included.

I am looking forward to getting started on some cards to give you all some inspiration.

Now I hope that you all have a lovely weekend, we aren't sure what we are doing as yet, we have quite a list of jobs that need sorting before we go away next week.  Whatever you do, I hope it is fun and you manage to relax and more importantly smile 😄😊

Sending Love and Hugs to all of my Very Dear Friends,