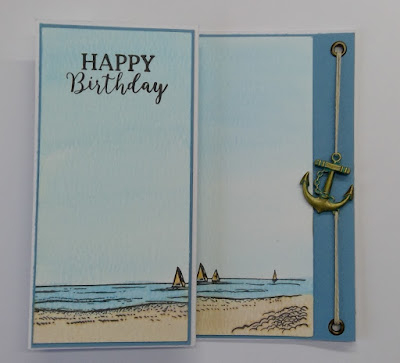 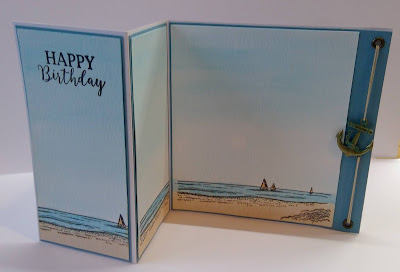 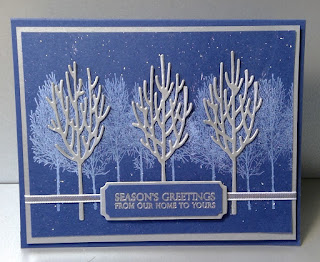 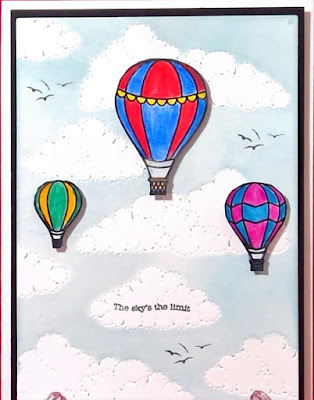 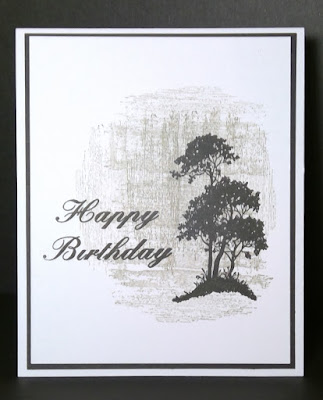 Thank goodness it's Friday is all that I am going to say!  Although I have had a productive week in the craft room which is always a good thing. Have you all managed to get any crafting done?

I didn't get any crafting done yesterday however, I was trying to sort out a very frustrating issue!  My sister had a message from one of my Aunt's to say how lovely Mum & Dad's Headstone is?!!!  My sister was a little upset that I hadn't told them that it was being laid, I had to explain that I had no idea! I thought that the stonemasons would have contacted me to let me know that the Granite had arrived in the country and that they were preparing it, then maybe a photo or something for me to check that the spelling and details were correct.  The other thing is that at the time I ordered it we weren't sure of where Mum's plot was definitely going to be, so they must have just looked around the Cemetery for her plot, it just seems wrong for them to do it without saying anything. The other concern I have is the fact that Mum has only been in her plot for just over a month, the Clerk and the Gravedigger chap both said that the ground had to be left to settle for 3 months!  I tried calling them yesterday but got no reply,  I don't know if I am wrong for being annoyed.

Your Next Challenge
My choice for the Challenge this week is 'Let's make some cards for Men' , we haven't done this challenge for a while and I have 3 male Birthdays to make for in August so it will work perfectly for me, I have to make a card for Matt and Paul and I also need to get a 30th Wedding Anniversary card made for Paul too (in case we end up going on holiday) as we travel back on our actual Wedding Anniversary.
I don't mind if your cards are 'specifically' for men, as long as they would work for Men as well, for instance the Christmas card above isn't specifically for a Man, but if would work because it isn't overly feminine!
I actually really love the first card above, I don't often say that about my own cards, do you think Paul would notice if I gave him the same one again?? I bet he wouldn't you know!
I hope that you all have a lovely relaxed weekend, the weather isn't looking too good, we can always sit and craft I suppose!
Love and hugs to all of you,
Sandra
xxxxxx
Posted by Sandra at 06:00