My Next Challenge card 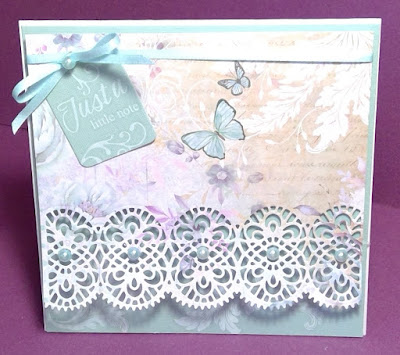 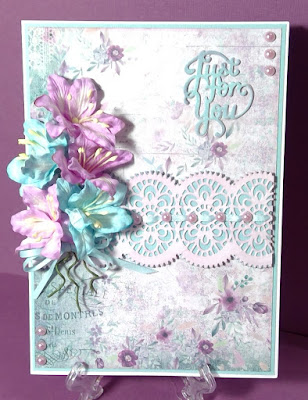 I hope that you are all as well as can be expected and those of you that can't get out can get somebody to get some shopping for you.
Our local pub has had to close as a pub but has started doing a Take Away service and has got provisions in and created a little shop selling Milk, Bread, eggs and veg, a few tins, I was a little disturbed to see that it was selling slices of cake and that the cake wasn't covered, but I know that to the elderly in the village it will be a great help, although their prices are a little bit short of extortion, £1.30 for a tin of beans and £2.00 for A toilet roll !!! I guess that they have to make money. But if feels like they are profiting from the situation, there is a local group that are volunteering to get peoples prescriptions/essential shopping etc, which is really helpful.
Do any of you have something similar in place?

I had to call 111 myself yesterday as I have been having some of the symptoms, the first and one that has been worrying me is a feeling of heaviness in my lungs, it's really hard to describe as I have never felt anything like it, it's really uncomfortable, feels like bruising inside, then late Monday the cough started, it's a dry cough, bought on by me either talking, moving around makes it worse, bending forward, it's very irritating, once you start coughing its not easy to stop, I am also very breathless, walking to the bathroom is exhausting.
It's an altogether different feeling to either my anxiety or the breathlessness from AF.  I have no congestion, I feel extremely exhausted but I think that is partly to do with the problems with Mum.

An update on Mum, her GP called me yesterday afternoon, he explained that there is no way that she will be able to have her ears syringed as they are no longer providing 'non urgent' or minor treatments. I understand but it makes me sad that she may not be able to hear for the foreseeable future. He was happy to increase her Medication for her seizures though, he was going to explain everything in a letter and get it taken around to her. He explained about a Volunteer support team that helps the vulnerable in the village, the only trouble is that they have to be contacted by telephone ot by email, neither of which would work for mum.  My sister also explained that there are people going around pretending to be from the service asking for shopping lists and cash up front, they then disappear never to be seen again!  Why are there always scumbags that ruin things for people?!

Today's card,  that I made yesterday is the second of two cards that I made using the 'Chantilly Lace Border' Die set from the Sara Davies Vintage Lace collection, the first card that I made for last weeks challenge used the die as a border, die cutting it out of two layers of card.
For todays card I used the die to create a fancy edge to my top layer, so I used just the centre part of the die to cut into my card.
I used the Vintage Lace paper pad and matching card pack to create the card. The range has a set of 'Rub ons' that I used to create the tag.

I hope that you like my card.  I am looking forward to seeing yours!

I hope that you all stay safe and well,

Sending love and hugs to all of you, (from at least 2 metres of course)