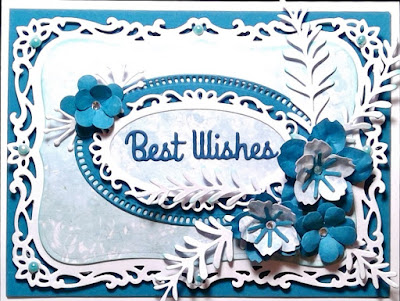 I hope that you are all well, hugs on route to those that aren't feeling 100%

Yesterday was a much better day than Tuesday  thankfully but I was still feeling the aches and pains of the day before, I ended up going out in 4 different cars!  After we got back from Becca's drama, Sophie told me that Lewis was coming over and could we have pizza for tea, so we had to pop to Aldi as it was too late to let Paul know, so that was my 3rd car journey of the day.  The last journey was to the cinema, we have been wanting to see 'Dark Water' since it came out, its about the 'Dupont Teflon' chemical poisoning scandal, it was really eye opening to watch, you could clearly see how companies with lots of wealth can buy their way through any problems that may arise, DuPont  had politicians in their pocket as well as Scientists who told the general public that they water was safe to drink, when in fact this one guy proved quite the opposite, the chemical PF08 that was part of making Teflon was causing many types of cancer, Birth defects and wierd Tumours etc on animals, it was quite sad to see. He won in the end, he managed to get enough people to have Blood tests 69,000 + which was a record , the test was to see if there was a link between the chemical and their problems.  He won cases for all of those people that had medical problems and care packages for their future.  It was a really good film.

On to today's card, this is one that I made while Pat was here but it is a real 'throw back' to the cards that we used to make.  I used an old Spellbinders Ornate Label die for the outer most decorative edge, I then used a Label 8 die to cut a mat of the new Sara Davies Vintage Lace paper pad, I matched the paper with a SU card and used it for the layers of the card and to die cut some of the flowers too.
I used white card edged with a little 'Peacock Feathers' to create the sprigs of foliage.
I finished the card with a few coloured pearls and some sparkles in the flower centres.
It's funny to think that this is how we all used to make our cards, not a stamp in sight.