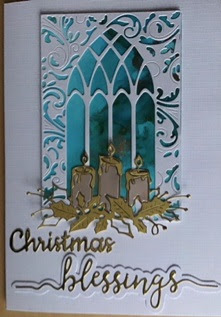 My sister met some lovely friends while on holiday in September this year, they were invited over to Germany to visit them and visit Christmas Markets,  they flew out last Thursday and were supposed to fly home on Sunday night but all flights were cancelled out of Hannover due to snow,  they were supposed to fly into Heathrow,  they initially told them they wouldn't be able to fly out until Tuesday/Wednesday,  which just didn't work as they both had important work commitments, after many hours of discussions they were able to find alternative routes home,  it cost them £500 more!! They also were flying into London City instead of Heathrow, they also had to fly out of Hannover onto Amsterdam and then to London City,  once they got to Amsterdam they were left waiting as London City Airport hadn't opened yet,  so they were left waiting,  eventually they were diverted again this time to Southampton,  which then cost an Extra £100 for Train Tickets!  She was so relieved to be home bless her she was tearful, she said would NEVER fly in Winter again.  It's such a shame as they had a wonderful time with their friends and she said the German Christmas Markets were hust incredible. She is hoping to claim some of their extra expenses back. It is so shocking that just a few centimetres of snow can cause so much chaos!! How do countries like Canada cope ??

Brenda had a lovely craft session on Monday and has very kindly shared her creations with us, I am showing one of the cards today, it is so lovely.  The cards started out with Brenda playing with Yupo paper and Alcohol inks, on the card above the Alcohol ink piece is just so lovely, it really works as the sky outside of that beautiful die cut window, I am always so tempted to buy this die, I  really love those candles too.  Everything about your  composition works beautifully Brenda, you must be so delighted with it.  Thank you so much for sharing your lovely Christmas card with us.

I finally got my Christmas cards in the post yesterday, which is such a relief.  Let's hope they all arrive before the postal strikes return!