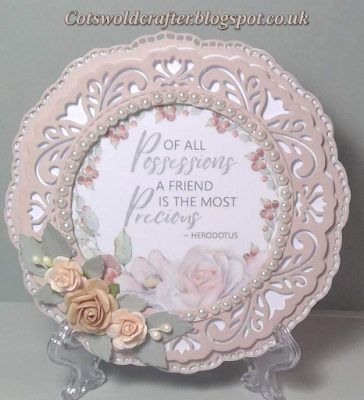 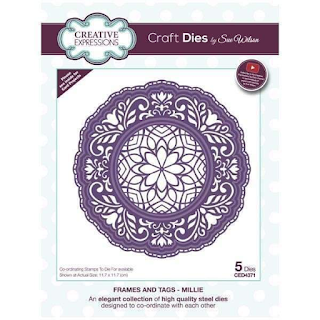 Click the link Below to go to In2craft for the Die:

I ordered some of the new Paper Boutique from Ben at 'In2Craft', the one I ordered is called 'Secret Romance' 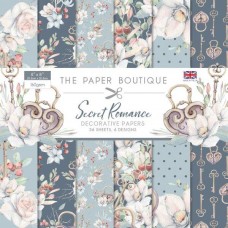 Click the link below to go to In2Craft for Paper Pad:
Paper Boutique pad

I wanted to use the die set on its own to create the card this time, so I took a piece of card scored it a folded, I made it slightly larger than that outer die so that I could put the cutting edge of the die very slightly over the fold of the card (as this will the hinge of the card). I only needed to pass the die through the Gemini once and it cut through both sides of the card base too.
I cut a piece of the coloured card from the pack and used that to cover my card base, I used the same colour to die cut the ornate frame part of the die, I did use two circle dies, one very slightly larger than the other to make a narrow frame around the centre of the frame, this allowed me to cut the centre aperture slightly larger than the circle die that came with the set, it makes the die that much more versatile as you can use it over larger images.
I may make a tutorial on making the aperture frame as I think it is a useful thing to learn.
I die cut the outer die of the ornate section in white and placed the sentiment topper in the centre, next I added foam pads onto the back of the frame and positioned it over the sentiment.
Having the white behind the frame highlights all of the ornate detail of the die cut.

The die itself has so much detail that I didn't want to overdo the embellishments, so I added some pearls to the frame and a few flowers and foliage die cut from card from the pack.

I really like the how it turned out, it shows that you only need the die set itself to create a beautiful card.
What do you think??

Well ladies, the weather says we will enjoy this unseasonably warm weather for a little bit longer (although it was a bit chilly and damp here yesterday) but don't get too used to it as the cold weather will return in March.  A bit different to last year when we were awaiting the arrival of 'The Beast From The East)! So keep those winter warmers handy!