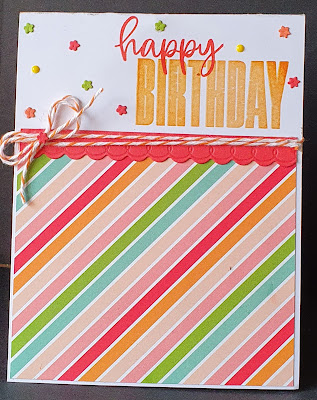 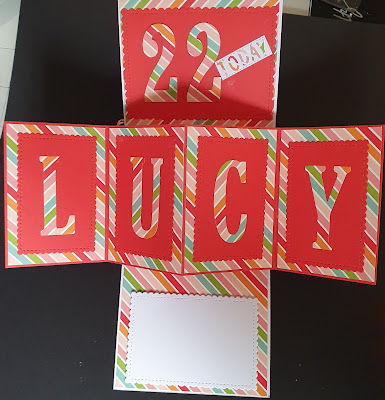 Good Monday Morning Ladies,
I hope that you are all safe and dry after the weekend of wild weather, we had very high winds and rain overnight into Sunday and the wind persisted all day yesterday, we had the odd shower but it was mostly Sunny, Paul decided that we would leave visiting his Dad until next weekend as he seems to be stable at the moment, he is continuing to eat with Paul's Mum' assistance and since eating and drinking plenty he has definitely improved, so Paul felt comfortable leaving it until next weekend, his Brother and Sister were visiting this weekend too, Paul's mum had said that by 6.30 - 7pm he can't keep his eyes open, I guess he has gone from seeing nobody to having a few visitors every day which probably does wear him out.
I think was also worrying that I would be in too much pain after the long journey and it would make our trip to London tomorrow too painful.  We will set off early morning and get the Oxford Tube (which is a direct bus to Marble Arch).  Becca wanted to drive to Westfield shopping centre and then get the Tube into the centre of London but I explained (at great length) that there aren't enough wheelchair friendly/step free Underground stations on that route, Paul and I always use the Oxford Tue as it is just easier.  The girls are really excited, Becca has booked somewhere fun for Lunch and then we will go to the theatre to see Moulin Rouge, which has been a favourite of all three girls for years.  Sophie and Lucy absolutely love a Musical, which is what gave me the idea.  It will be a long day but worth it to see their faces, part of me really wishes that I insisted that Paul came too though, fingers crossed we will be fine.
Today's card is Lucy's Birthday card, I made it on Thursday, after hours of deliberation, I had no idea what style of card to go for, so I went for Bright and cheerful and fun!  I followed my own YouTube Tutorial to make the Twist & Pop card, that video has had getting on the 2000 views, I was surprised when I looked at it, I will say that I think that I do explain things quite clearly, I always aimed for as simple instructions as possible, some video's just waffle on too much.
I used some SU papers because they were so colourful.  I wrote the sentiment on that label at the bottom.
Categories:  Special Fold/Die Cut/Sentiment
She loved it and was excited to show Flynn how it worked when he came over on Friday.
I almost teared up as he had told Lucy that he was on duty over this weekend (he is in the Navy) so he was unable to get home, (because he wanted to surprise her). So we all played along, I said we had booked dinner for just five of us to play along.  So when he arrived late afternoon on Friday we let him in the back and he just walked in the lounge, her face was a picture. We had a lovely meal out on Friday night, just the girls and their partners and Paul and I.  The restaurant manager came over and asked if the girls would like them to bring them a piece of cake and have everyone sing Happy Birthday to them, their faces were a picture, I politely declined, I think that they would have lynched me there and then if I had said yes.  They are very shy and would of totally hated being the centre of attention.!!
I hope that you all have a lovely start to the week, I am having a kind of restful day today in preparation for the long day tomorrow.
Sending Love and hugs to all of you,
Sandra
xxxxxx
Posted by Sandra at 06:00