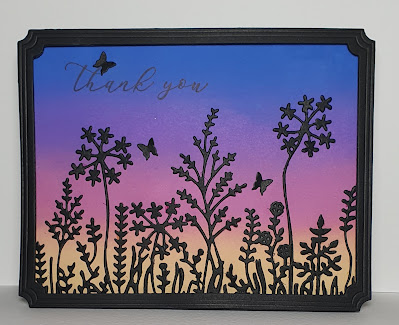 Good Monday Morning Ladies,
I hope that you are all well and enjoyed the weekend, Janet did you get to curl up with your book?  Sonia did you get some crafting done, I do hope so as it's a lovely way to relax? Paul did some jobs in the garden but it was too cold for me out there, my body hasn't fully recovered from the Covid Vaccination reaction yet, I feel ok, as long as I don't go crazy.
I also think that I was feeling a little worse yesterday as we were up for ages making sure that Milo was ok, I was so relieved that we took him to the vets, they gave him antibiotic and anti-inflammatory injections, he was still very subdued and you could see he was still in pain but he was up and pacing around at tea time and wanted a fuss so hopefully that is a good sign, we have seen foxes in the garden regularly so thats what we think attacked him, he usually has a bit of a shouting match with 'Mr Ruffles' at the end of the garden but they have never fought, he also had some foul smelling muck on him that definitely did not come from a cat.  So he won't be going out for a few days that's for sure, Paul said that he was setting a night time curfew, as the foxes are bold around here but only rarely venture out in the daytime.  Pet's cause us just as much concern as our children.  Ironically it it Milo and Bella's 7th Birthday today, so I have ordered them a few little treats.!!
Today's card was totally inspired by the die, it arrived out of the blue on Saturday, I had totally forgotten that I had ordered it from Ebay  last month and it wasn't scheduled to arrive until after 21st April.  When I first looked at it I thought 'this will never die cut, it is way too intricate'' but to my surprise it cut perfectly, my first thought was to cut it in Black card and create a Silouhette card.           I will say that at the moment when things arrive that I have ordered I tend to have a mental block about what particular project inspired me to order each item, but when I opened this my mind was buzzing with ideas.
I took 'Blueprint Sketch, Wilted Violet, Picked Raspberry and Squeezed Lemonade' Distress oxide inks and blended them across a 7 x 5 inch piece of White card, I was trying to create a sunset style effect, I started by using the 'make up' style brushes but I didn't get a smooth enough finish so I went back to using the ink blending tools to finish off the blending, I think it's because I am wary of putting too much pressure on the make up brushes as the handles seem very flimsy, I kind of hold the brush part in my hand. Anyway after about 10 mins I had a fairly smooth blend, not perfect I know but it was ok.
I placed my blended background to one side and adhered to of the delicate die cuts together, which was easier than I thought it would be, I wanted the die cuts to stand out from the background so two gave more definition than just one. I used Phill Martin's Double Debossed Rectangles to create a frame and a base card the same shape as the frame.  The frame finished off the edges of the card and made the whole thing look neater.  The die cut piece fitted perfectly on the 5 x 7 inked background, I layered this onto the shaped card base, stamped the 'Thank you' then added foam pads to the back of the frame, added some wet glue for positioning and long term adhesion and placed the frame over the card front. I added a few of the butterfly die cuts that are included with the die and that was it finished, I did contemplate adding gems or pearls to the flowers and butterflies but I really wanted the matt black look so decided not to.
I hope that you like it, this is my first Background Challenge card.
I hope that you have as good a day as possible, I am hoping to be crafting,
Love and hugs to all of you,
Sandra
xxxxxx
Posted by Sandra at 06:00