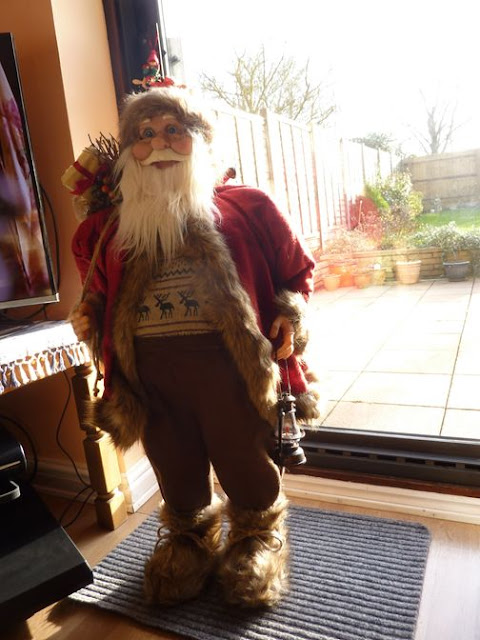 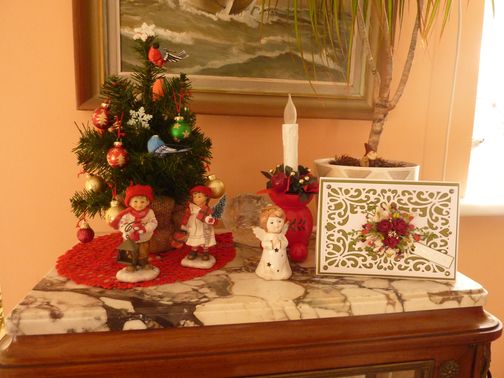 Not so good this end though, been struggling with my ears and hearing for a couple of weeks, its been a real pain, every time it's quiet all I can here is what sounds like a swarm of bees in my head or it sounds like there is a lot of talking in the next room (which there isn't), anyway it has reduced my hearing too, I have been using the steroid nasal spray I was given earlier this year as it feels like my ears are blocked, today while Paul and I were shopping I looked up a something Paul was showing me and it must have triggered something as I had the worst dizzy spell and nausea, it just wouldn't stop, I managed to get an out of hours emergency appointment and I have apparently got Labyrinthitis, which I could do without as we still have loads to do, its a miserable thing to have, she prescribed more Nasal Spray, Pseudoephedrine , (sudafed) and some Cinnarizine for the dizzyness and nausea, I think that if I took that lot I would sleep through Christmas, so I took some of the sudafed when I went to bed last night, lets hope that it will decongest me enough to get me through today.  I usally cook my Turkey and boil them roast my big ham on Christmas Eve, along with lots of baking, so I don't have time to be unwell.
Paul and I did venture to get some food shopping yesterday, well what a mistake, Aldi's had completely sold out of all their milk, eggs, anything festive, cream,salad of any description and won't be restocking until after boxing day, Morrissons were pretty much the same, all we wanted was some salad, Five counties Cheese and La Roule, but all three including our new Asda had completely sold out, now crackers either, on Tuesday the Biscuits for cheese were piled ceiling high, but not now!! You would think that the shops were closed for a week when you see what people were buying, Morrissons and Asda are both open on Boxing day (which I happen to think is ridiculous)!  I hope your last minute bits were easier to purchase!
Pat had pretty much the same experience in Sainsburys yesterday too!

I am off to dose myself up and try to get some baking done, the girls are very excited though, so I can harness some of their energy and rope them in to helping me, they love baking!
I will stop by later,
Love and Hugs
Sandra
xxxxxxx