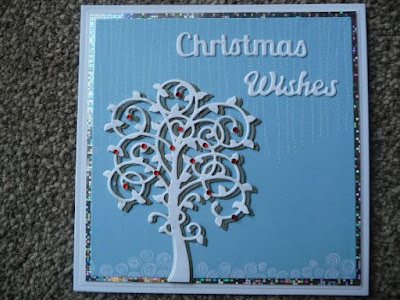 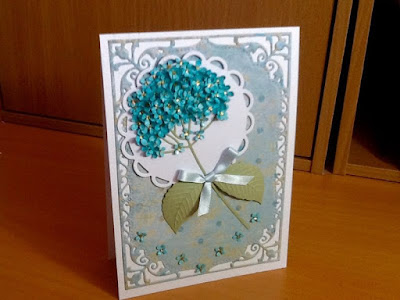 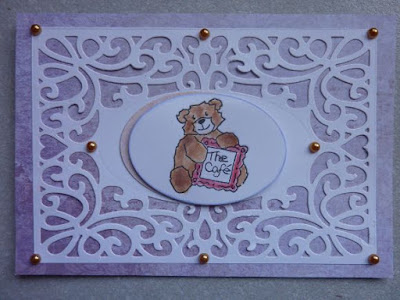 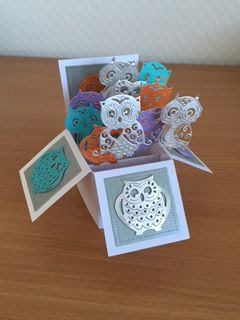 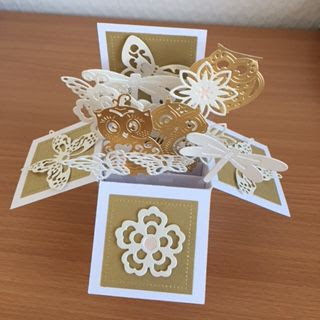 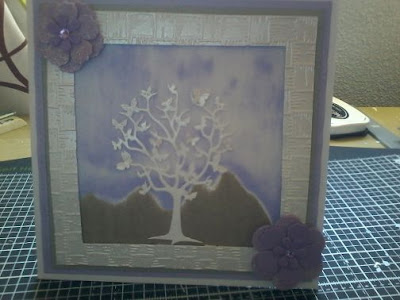 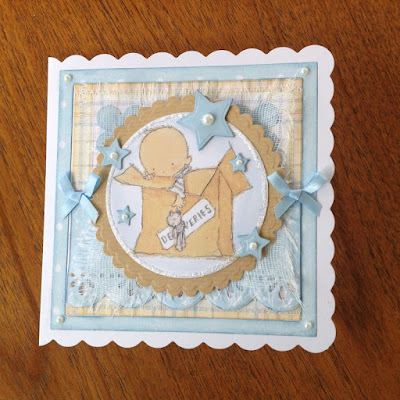 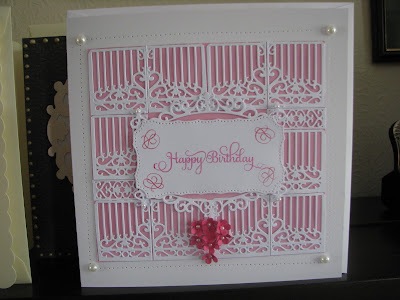 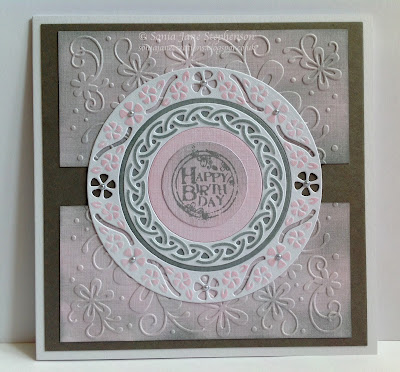 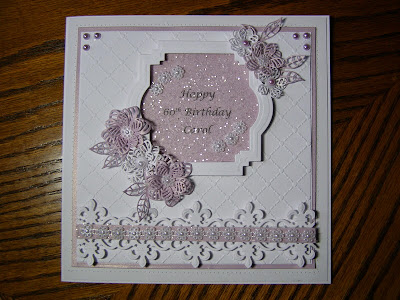 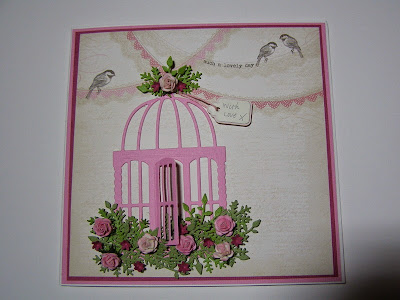 Another week has flown, doesn't seem  5 minutes since Christmas/New Year and here we are almost half way through the year!!

I have really enjoyed seeing the cards you have made using your older dies, I hope it has inspired you to get some of them out and use them again.  Val's friend Wendy told me that last year she set herself a challenge of using all of the dies in her collection, one every day, how amazing is that? It would take me about 2 years atleast!
Now tell me, would you like more "mini challenges" ? I would love to hear any suggestions that you have for the challenges too.

We have had such a good range of dies used, Val's and Karen's were very similar Tree dies,  but cards are different.
Anne went back to the basic Square and Round dies that are must have dies, perfect for making card bases and matting and layering, as well as cutting apertures in cards too!
Janet has used the Spellbinder Gate die to create a really lovely background, such a good way of getting more out of our dies!
Maria's card is cute, using The Austrian Background die from Creative Expressions, with a cute little bear holding a "The cafe" sign !! So cute x
Lilian's card is so pretty, I couldn't find the die online though so hopefully Lilian will pop in and enlighten us later , such a realistic looking Hydrangea though, was it an Impression Obsession Die Lilian ??
Michele has used a combination of dies to create these gorgeous pop up cards, with the cutest owls, butterflies, dragonflies etc, I am looking forward to Michele telling us exactly what was used to make both of these gorgeous cards.
Sonia has used the Joy Craft Celtic Circles dies to make this gorgeous card x

My cards used some really old dies, the fleur de lys border die was one of the first dies I ever bought when Sue used to demo Spellbinders on Create and Craft, I got that Square Spellbinder die at the same time, I still love them both soi am going to leave them out!  The other card is one already made using one of the many Birdcage Dies I have, this one is as Marianne Die I believe, it cuts a really pretty birdcage !

I will put all of you that have taken part into a draw for 1st, 2nd & 3rd prize later today, just in Case we get any last minute entries.


Had Lucy back to doctors yesterday as she has continued to deteriorate health wise, it looks like she has Glandular Fever, bought on by stress of exams with the addition of her double vision to deal with and her immune system being weakened by a recent week long virus, she is incredibly lethargic which is so unusual as my girls are both very sporty! With her GCSE's a week away this is the most frustrating situation, lots of TLC was prescribed by GP as well as a few different pills and potions to alleviate her symptoms.

I will pop in later to check all is well, until I am off to get my nurses hat on !!!